Asbestos attic insulation used to be incredibly popular. It did the job well, and it was also inexpensive and fire-resistant. Unfortunately, it ultimately proved to be extremely dangerous. When asbestos ages or gets disturbed, tiny fibres can detach and get into the surrounding air. When these fibres are breathed in, they can lead to several serious conditions, including forms of cancer.

As such, any asbestos attic insulation really needs to be removed as soon as possible. It's something you can technically do yourself, but it's far smarter to call in a professional contractor, and here are just a few reasons why.

They Understand How to Keep Asbestos Fibres Settled

When you start to remove asbestos attic insulation, you risk disturbing it and creating airborne fibres. It's practically impossible to avoid this problem entirely, but professionals will know how to get rid of asbestos materials while disturbing them as little as possible. They'll also know how to wet the material to keep fibres from escape. When you do it yourself, you'll run a greater risk of having fibres attach to your skin, hair and clothing.

They'll Prevent Asbestos Fibres Reaching Other Parts of Your Home

One thing people often forget to consider is how easily asbestos fibres can get to other parts of your house – that's why it's so important you seal off the attic while work is taking place. Again, professionals can use the right knowledge and materials to ensure plastic sheeting goes everywhere it needs to in order to keep asbestos fibres in the attic.

They'll Know How to Use All the Right Protective Gear

Most homeowners understand the importance of wearing protective gear while working around asbestos, but that doesn't mean they pick the right stuff. For example, most people know to cover their mouths, but far fewer understand which respirator and filter to use – you need ones specifically designed for working with asbestos.

After removing all that asbestos, there's a risk that rogue particles disturbed during the process will remain in your attic. A professional asbestos removal contractor will have the skills and equipment to remove those offending particles before they can do you harm.

They'll Make Sure the Asbestos Is Properly Disposed Of

Keep in mind that asbestos disposal procedures vary by area. You could face stiff fines if you dispose of asbestos incorrectly, and you could also put other people at risk. A professional remover will know exactly how and where to dispose of your asbestos attic insulation. 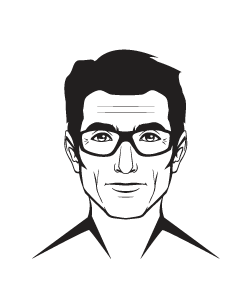 Having building work carried out on the building you use to run a business can be very stressful. However, it doesn't need to be this way. By working closely with the contractors, you can ensure that they follow the designs and plans and that they only use the highest quality materials. When I had to call in a team of contractors to work on my office block, I was super worried. However, the team of construction guys were really great and they actually took the time to explain exactly what they were doing and why. I hope this blog is helpful.